Kyle Albinus - Helping Companies Get Up and Running in Asia

The China and Taiwan Problem

China claims Taiwan and says they will take it by force if need be but is it really theirs? The island off the coast of China has seen many people come and go over time. First of course there were indigenous peoples that arrived from all over the pacific. Then you had Chinese mainland fishermen occupying the outer islands in 13th century. Then comes the Dutch India Company with a fort in 1624, followed by the Spanish in 1626. After the fall of the Ming dynasty the island was ruled by the Qing. There was still conflicts between different ethnic groups and then came the Sino-French War in 1884 which is how the French ended up in Vietnam, displacing the Chinese there. The Japanese arrived during the First Sino-Japanese  War in 1894 and ruled Taiwan until 1945 with the surrender of Japan. A Chinese civil war split the government of China and the Chinese Nationalists fled the mainland for Taiwan leaving the Chinese Communist Party to govern China. When Chinese Nationalists moved to Taiwan they called it Taiwan, the Republic of China which is still in use today.

That is a VERY brief history of Taiwan but I use it to demonstrate that Taiwan has been ruled by many countries over the years.  After World War II Taiwan was first run under martial law but since the late 80’s has been a democratic society. In many ways it seems more democratic than the United States, a recent example was a vote to ban the importation of Pork from the United States because of a commonly banned chemical used by farmers here, I don’t remember getting a chance to vote on that. The main point is that the countries are not one, yes, there are very close business ties between the two but they are not the same country. A Chinese visa will not get you into Taiwan, in fact, a US, UK or EU passport will allow you to enter Taiwan without any visa all. This is not possible in China. Having an International Driver’s License will also allow you to rent a car in Taiwan. Foreigners are not allowed to drive in China unless they get a Chinese license. Anyone that has visited both countries will tell you they are vastly different.

China has claimed almost the entire South China Sea as their sovereign territory and has built military bases on many remote islands. This has put the entire area on edge and since they are the largest military force in the region it makes it difficult for countries like Vietnam or Philippines to push back. Many companies are also trying to move manufacturing out of China and Taiwan is a logical place to go, another reason China is constantly flexing their military muscle over Taiwan.

I personally do not agree with many government policies in China but I do believe it’s their country and they can run it how they want. I have many friends in China and enjoy visiting there but I think some lines in the waves need to be drawn so to speak and let the other countries in the region have their recognized maritime claims adhered to. 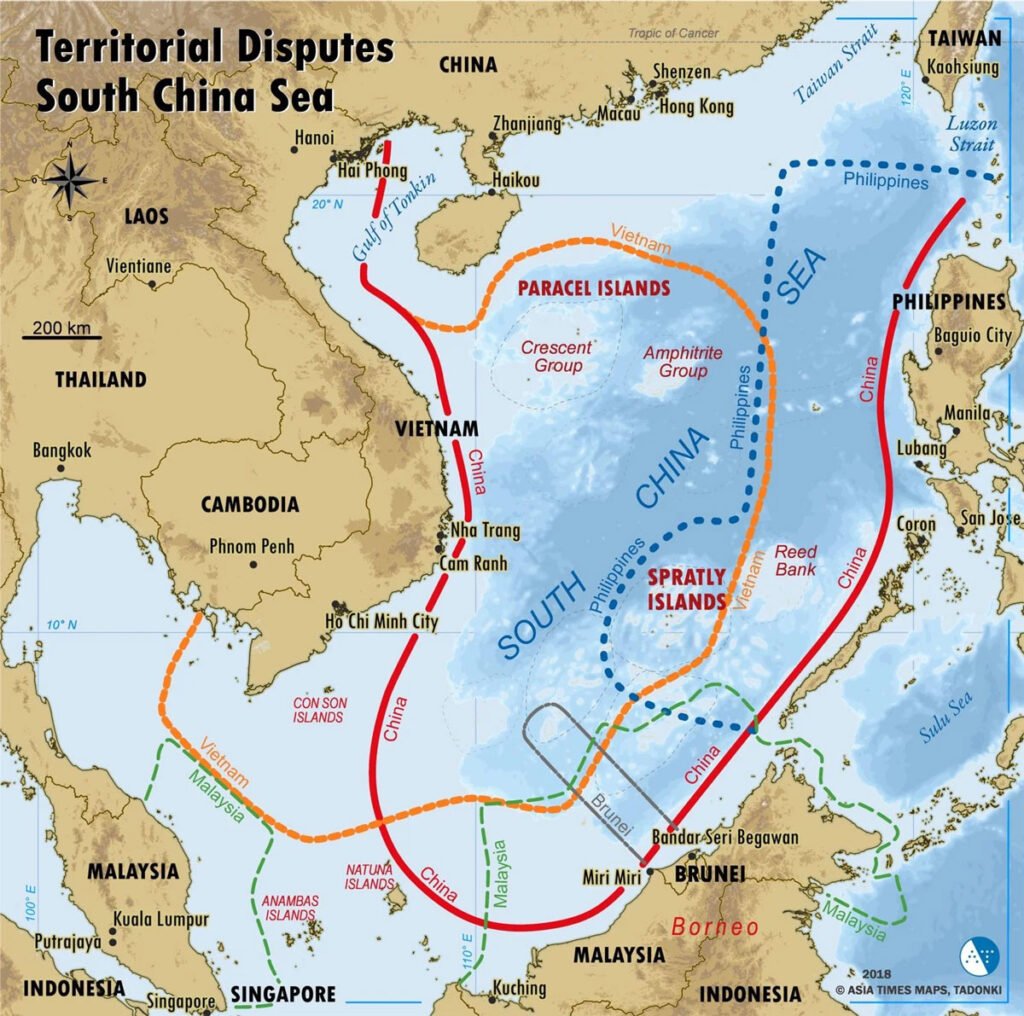